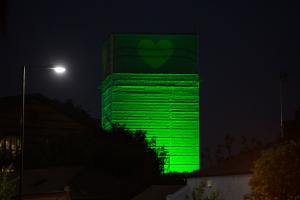 IIRSM has welcomed new progress made in the passing of the Building Safety Bill through parliament in the UK.

The UK Government recently issued 38 pages of amendments to the Building Safety Bill, which is in its final stages of passage through parliament.

The proposed government amendments are due to be debated in the House of Lords during the Committee Stage of the Building Safety Bill, which begins on Monday 21 February 2022.

The full 38-page list of amendments can be found here.

IIRSM is a board member of the Construction Industry Council (CIC) and has welcomed the new laws, which will ensure industry pays to remove unsafe cladding and protect leaseholders from excessive costs.

“This is very important legislation that will improve building safety and protect many thousands of people right across the UK,” said IIRSM CEO Phillip Pearson.

The full Department for Levelling Up, Housing and Communities press release can be found here: https://www.gov.uk/government/news/government-to-protect-leaseholders-with-new-laws-to-make-industry-pay-for-building-safety