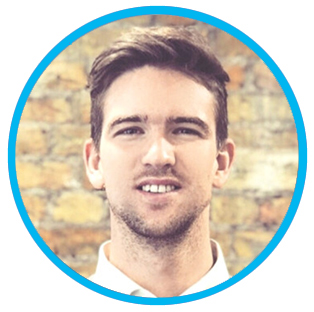 “The benefits of the mentoring scheme have been huge, it has had a really positive impact on both of us”

In charge of health and safety for a pet food manufacturer in Lancashire, Grant works in a demanding environment, promoting a safety culture to a multicultural, multilingual workforce faced with machinery and manual handling risks across multiple sites.

With an academic background in environmental studies, Grant won a place on a Norwegian consultancy’s graduate scheme as an environmental engineer. Positioned within the health and safety team, before he knew it he was getting involved with H&S. “I went on to study the NEBOSH General Certificate, as 90% of the work I was doing was H&S, and I really enjoyed it,” he says. Grant spent much of his time auditing H&S managers, and before long he’d spent so long ‘on the outside’, he yearned to be the one being audited because he knew what was expected, and so made the transition.

“Risk crosses many different disciplines,” he continues. “My environmental management background has been fundamental in the success of my current role as the general principles apply. I definitely see my future career encompassing the two. Fortunately for me, unlike many other professional organisations IIRSM recognises my environmental qualifications, which means I am streamed as a Specialist member.”

After two years of membership, Grant has really taken advantage of the guidance and support IIRSM offers. “The technical helpdesk is fantastic,” he says. “Recently I needed very technical guidance on vibration magnitudes and I got the answer straight away. I’ve used the helpline a few times now and it is invaluable. I make a point of reading members’ queries in Insight magazine; the detail is always really relevant.”

The IIRSM mentoring scheme has been particularly rewarding for Grant. Eighteen months ago, he found himself in his first management role – the first point of call for risk management enquiries for 800+ people. He saw the scheme advertised and immediately applied. “I joined to get support and bounce ideas off someone, to double check pieces of legislation or get a second opinion on initiatives I want to roll out. I was lucky enough to be matched with Hugh Maxwell FIIRSM and it’s been fantastic. We speak every two to three weeks – we have a set agenda, with short, medium and long-term goals. He also asks me for advice on things, so it works both ways.”

Hugh put Grant forward for Health and Safety at Work’s 40 under 40 in 2018, which he says has opened many doors for him, and Grant nominated Hugh for IIRSM’s Mentor of the Year at this year’s Risk Excellence Awards, which he won. “The mentoring scheme for me has been huge, it’s had a really positive impact,” he says. “The benefits of joining the mentor scheme, the structure IIRSM has provided has been – and I’m using this word again – invaluable.”

So much so that Grant has joined IIRSM’s Emerging Risk Leaders Network. Though in its infancy, the scheme is set to embrace the new and complex reality of risk through embodying excellent leadership and cultures by recognising that everyone as a ‘manager of risk’. “I’m an advocate of SIS – Stealing Ideas Shamelessly,” admits Grant. “If I hear someone’s doing something that’s working well, I’ll try it at my site and vice versa.” He is keen to share ideas and best practice and offer support to those who are new to the profession.

“IIRSM is a people focused professional organisation – it’s more intimate, there’s ample opportunity to get involved, the team is keen to hear ideas and is very inviting as an organisation compared to others,” observes Grant. “IIRSM is driven by members, which is key. It’s the reason why I’m encouraging other people I work with to join. It is inclusive, knowledge gaining and inviting. IIRSM recognises skills – it promotes people’s competencies and achievements and offers opportunity.”

If you would like to join our community you can make an online application here.