Home » What you need to know about COP26

What you need to know about COP26 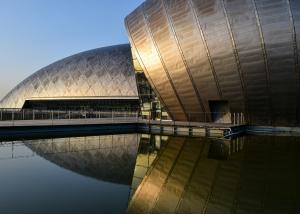 Everyone’s talking about it, and for the risk and safety professional it’s an event that could shape major areas of risk and safety, not least environmental risk. So here’s the IIRSM lowdown on what to know about COP26.

COP26 is the 26th UN Climate Change Conference (COP stands for Conference of the Parties, which refers to the signatories of the United Nations Framework Convention on Climate Change, signed at the Earth Summit in Rio de Janeiro in 1992. Now you know!).

World leaders will meet to discuss their countries’ climate policies. Specifically, nations will be expected to submit enhanced pledges to their ‘Nationally Determined Contributions’, which were agreed at the original signing of the Paris Climate Agreement.

When is COP26 happening?

COP26 will be held at the Scottish Event Campus (SEC) in Glasgow, Scotland. Why Glasgow? This great Scottish city’s environmental credentials more than match most of the event’s attendees. In 2020, Glasgow won the top award at the Global Human Settlements forum and was named Global Green City. It ranked number one in categories including planning, transportation, buildings, open spaces and the economy.

The city met its commitment to reduce carbon emissions by 30% in 2015, five years earlier than its self-imposed deadline. It has since committed to being a net-zero city by 2030.

There are around 30,000 delegates expected to attend the event, including several world leaders. Notable non-attendees at the event include President Xi Jinping of China, the world’s most populous country. He is likely to make an appearance by video with China represented by ministers and envoys. For various reasons, other non-attending world leaders include Iranian President Ebraham Raisi, Brazilian President Jair Bolsonaro, Mexican President Andres Manuel Lopez Obrador and Russian President Vladimir Putin.

Can anybody go to the event?

COP26 is divided into two zones, Blue and Green, and each has different levels of access. The Blue Zone is where world leaders and other high-ranking delegates meet. The majority of the debates and speeches which form the event take place in this area. Members of the public are largely unable to gain access but the media can.

The Green Zone is the public area of the conference. As well as large exhibition halls, there is a full itinerary of events to engage business leaders and members of the public in issues relating to climate change.

What are the key aims of COP26?

The conference’s key aims include an increased global ambition on greenhouse gas reduction efforts to keep within reach the temperature goals in the Paris agreement, and increased global efforts on adaptation and climate financing. Negotiations will also take place on the Paris Agreement “Rulebook” to track progress towards each Party's nationally determined contribution, and to ensure the transparency and environmental integrity of international carbon markets.

And delegates will also work on the future of climate finance beyond 2025, support for communities suffering from climate-related “loss and damage”, forests and agriculture, technology, indigenous peoples and gender.

What should business leaders watch for at COP26?

This year’s event is expected to finalise Article 6 of the Paris Agreement. This innocuous sounding article creates provisions for a global carbon market, allowing carbon credits to be traded under common accounting principles.

Business leaders, particularly those in the energy sector, will be watching with keen interest. Assuming that the rules are agreed at this event, it could unlock significant funding for the production of green energy plants - reducing the competitive advantage of fossil fuels.

What’s the agenda for the two weeks?

Sunday 31 October: Conference begins with the procedural opening of negotiations.

Monday and Tuesday 1-2 November: World Leaders’ Summit begins, a two-day event which will include statements on the need to tackle climate change from various heads of state.

Wednesday 3 November: Discussions on the financial and economic aspects of climate policy. The day will include the catchily titled event ‘Finance: Mobilising public and private finance flows at scale for mitigation and adaptation.’

Thursday 4 November: ‘Energy: Accelerating the global transition to clean energy’ will be the main event. Policy proposals will examine the transition away from coal power, scaling up clean power and increasing energy efficiency, according to the COP26 website.

Friday 5 November: Talks will focus on youth engagement in climate issues, as part of the ‘Youth and public empowerment’ event.

Saturday 6 November: The day’s event will be ‘Nature: Ensuring the importance of nature and sustainable land use are part of global action on climate change and a clean, green recovery’.

Tuesday 9 November: There will be two important events. The first will be ‘Gender: Progressing gender equality and the full and meaningful participation of women and girls in climate action’. The second will be ‘Science and innovation: Demonstrating that research and technology can deliver climate solutions to meet, and accelerate, increased ambition’.

Wednesday 10 November: The day’s event will be ‘Transport: Driving the global transition to zero emission transport’.

Thursday 11 November: The day’s main event will be ‘Cities, Regions and Built Environment: Advancing action in the places we live, from communities, through to cities and regions’.

Friday 12 November: The negotiations will close.