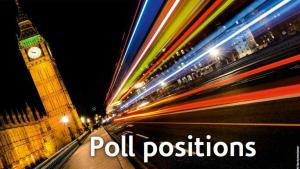 The UK will once again be heading to the polls on 8 June after Prime Minister Theresa May called a snap General Election as she seeks a stronger mandate before embarking on the EU exit negotiations.

Though it was broadly welcomed by trade unions and business lobby groups, there are fears that the pre-election Whitehall shutdown could put government business – including Brexit planning – in hiatus.

In 2015, at the time of the last General Election, the main talking points in the risk management profession were Labour’s and the Green Party’s commitments to a public blacklisting inquiry, the Conservatives’ pledge to cut £10 billion of red tape, as well as plans from the Liberal Democrats and UKIP to exempt small businesses from some EU rules.

So what are the parties offering this time around? Well as Brexit is firmly at the top of the agenda, risk and safety management falls into that category – it was expected that EU derived safety law would be converted into UK legislation whoever wins the election, but Labour’s manifesto has promised to drop the Great Repeal Bill, which would allow EU laws to be scrapped.

The Bill intends to ensure all laws stemming from EU directives – including health and safety regulations such as the “Six Pack” and the Construction (Design and Management) Regulations – are transferred into UK law, allowing the UK to leave the political bloc without opening gaps in the statute book. The Conservatives insist that once the process is complete, parliament “will be able to decide which elements of that law to keep, amend or repeal”. The Liberal Democrats, meanwhile, want another vote on the final Brexit deal.

As your organisation, looking after your interests, we will keep a close eye on how any government protects the health and safety of Britain’s workforce, and will continue to work with other bodies to raise concerns should any arise.