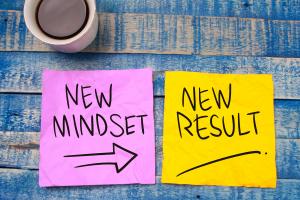 With Brexit just around the corner, climate change on every continent and rapid technological change destroying jobs at an unprecedented rate, why should we be optimistic about 2019?

According to the World Economic Forum (Global Risks Report, 2019), through a combination of innovation and responsible leadership, we actually have the potential to make our societies stronger and our world more sustainable. Here are seven of their highlights for the year ahead:

1. Saving our oceans: The world is waking up to our ocean plastic crisis. Many countries are now working on introducing bans on single-use plastic.

2. New technologies: Despite real fears that the Fourth Industrial Revolution will lead to reductions in white collar jobs as a result of AI and other emerging technologies, there will also be more jobs created. Tata, for instance, have announced an aim to provide new skills to 10 million workers by 2020.

3. Living longer: It’s been estimated that 15% of all greenhouse gas emissions arising from human activity come from livestock production, with 40% of this coming from cows. Meat consumption in western economies is now static or dropping.

4. Drones to the rescue: Unmanned aerial vehicles are now as synonymous with saving lives and boosting food security as they are with their use on the battlefield or as a nuisance disrupting air travel at London’s Gatwick Airport. Rwanda, for instance, is now using drones to deliver blood and save lives.

5. Protection from pandemics: The outbreak of the Ebola virus in West Africa in 2014-16 demonstrated just how unprepared we are. The Coalition for Epidemic Preparedness aims to address this by developing new vaccines before diseases erupt.

6. Boosting biodiversity: The World Wildlife Fund’s warning in 2018 that only drastic action can protect us from a sixth great extinction highlighted the scale of the conservation challenge we face. One approach to this is to incentivise humans to protect, rather than destroy, biodiversity. Judging by early results from the Earth Genome Project, it is clear that there need not be a conflict between protecting life on earth and pursuing economic growth.

7. Ending illegal fishing: Industrial-scale fishing operations are not only disastrous from a biodiversity perspective, they also ruin the livelihoods of the hundreds of millions of people worldwide who rely on the oceans for their income. The World Economic Forum’s Friends of Ocean Action will be actively seeking to turn the tables on illegal fishing in 2019.

And from industry, three further predictions that should make us optimisic about 2019:

1. Finance is becoming more aware. Larry Fink, Chairman of the World’s biggest investor, BlackRock, has stressed in his annual letter to CEOs the importance of sustainability and purpose: ‘Profits are in no way inconsistent with purpose – in fact, profits and purpose are inextricably linked’. Given current concerns about the ill effects of rampant capitalism, this has to be a very welcome sign.

2. Digitlisation in power grids: We are largely unaware of the role that sensors, artificial intelligence and robotics play in transitioning to clean energy. Over the next two decades, 72% of the $10.2 trillion spent on new power generation is predicted to go into wind and solar, which can now beat coal, natural gas and oil on price. If we can optimize this complex system with software, the costs and carbon savings could be really significant.

3. Energy firms transforming. On December 3, Royal Dutch Shell announced that it would tie executive pay to reductions in carbon emissions. The company plans to halve its carbon footprint by 2050. BP too has pledged to keep its carbon emissions flat into 2025 by focusing on renewables and natural gas. These efforts signify that energy companies are responding to the public’s concerns about global warming.

And on a final note, three reasons to be cheerful as risk professionals in 2019...

1. The release of ISO45001 last year brings further consolidation to the standards world. Concepts such as the influence of internal and external environments, worker and stakeholder consultation, and integration of safety and health policy into overall risk policy are now fully embedded in the new standard.

2. Following hot on the heels of this, the International Organization for Standardization (ISO) are also developing guidelines on use of the global risk management standard ISO31000 in management system standards such as ISO45001 and ISO9001. Such consolidation within the risk world is to be applauded.

3. Carillion and #metoo have exposed deep seated failings in current arrangements for corporate and societal governance. The good news is that organisations are beginning to sit up and act. Last year’s new version of the UK Financial Reporting Council’s ‘Corporate Governance Code’ and in the voluntary sector, the new Charity Governance Code, plus continued media focus, mean that real change is now happening.