Home » Are you prepared for the Protect Duty legislation?

Are you prepared for the Protect Duty legislation? 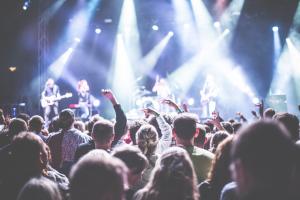 At long last the Government has confirmed that the new counter terrorism “Protect Duty” will become law in the next session of Parliament.  In simple terms the Protect Duty law aims to make venue owners and event organisers responsible for keeping people safe from terrorist attacks. It follows the high profile and widely back campaign by Figen Murray, whose son Martyn died in the Manchester Arena attack in 2017 where 23 people were killed.

Making venues responsible for security and enshrining safety in law

Currently, apart from at some sports grounds or on public transport, there’s no requirement for anyone to take any steps to prevent such incidents. This includes installing security measures such as  barriers, having an action plan or giving specific training.

The Protect Duty changes this.

Whilst for some, the laws could mean that much of what they do already – and may have put in place following the Manchester attack – is merely enshrined in law. For others, it will mean that the matter of public safety, and proactively understanding how vulnerable their venue or event is to an attack, is placed at the top of their to-do list.

The Government accepts that it doesn’t want to add to the cost of hosting events, but financial considerations have to be balanced with the need to save lives.

Measures can help crime too

The majority of people who took part in the consultation welcomed the chance to learn about security and what measures they could take.

It should be noted that measures put in place to prevent a terrorist attack can equally prevent criminal acts and vice versa. This means that a physical safety audit can have a range of benefits.

Plus, the measures don’t have to be expensive. Specialist physical security products are only likely to be installed at larger sites and prevention is seen as a combination of physical and behavioural interventions “deployed in a complementary manner”.

In addition, the consultation said the size of the venue or event taking place would determine who will be required to take action and that it’s reasonable to set the bar at venues capable of holding 100 people or more.

The consultation document states that many large organisations, those which employ 250 or more, which operate at publicly accessible locations and have staff capable of taking responsibility for enacting a company policy, could be liable. This also applies to organisations with multiple premises with regular public footfall, such as chains of betting shops, petrol stations and chemists.

While outdoor events in public places attended by more than 100 people are definitely included in the Protect Duty framework, the Government has also considered the question of other outdoor public places.

This includes parks, city centre squares and pavements on bridges. All of these places have witnessed acts of terrorism and are vulnerable to low sophistication attacks using knives or vehicles, which it feels could be subject to appropriate security measures.

In short, Protect Duty is like a fire safety risk assessment. The key objective is to drive an improved culture of security, where owners and operators understand the potential threats, the level of danger and can implement reasonable, proportionate and co-ordinated security measures in response.

We’ll have to wait for the final wording in the Act but this sets out the key issues that venue owners will need to consider. If you would like to find out more about effective implementation of Protect Duty, join our IIRSM webinar on Wednesday 06 July.