Our first online conference was a great success providing delegates with a new perspective, entertaining presentations and practical takeaways.

This year we looked at the importance of encouraging everyone within an organisation to take responsibility for managing the risks it faces.  How do we build leadership capability in ourselves and others and create a climate of empowerment and a workplace community that is supportive and able to understand, communicate and manage the risks that we face in today’s world of work?

Speakers shared their knowledge and provided practical and transferable tools and techniques that delegates can take back to their workplace to improve their culture, processes and decision-making.

Chaired by Kevin Hard, it's entertaining, thought provoking and essential viewing for anyone who aspires to drive change in their organisation.

The conference recording covers all seven sessions and access to the digital delegate bag, packed full of downloads.

Members £65 + VAT - You must be logged in before making your booking to receive the member price. 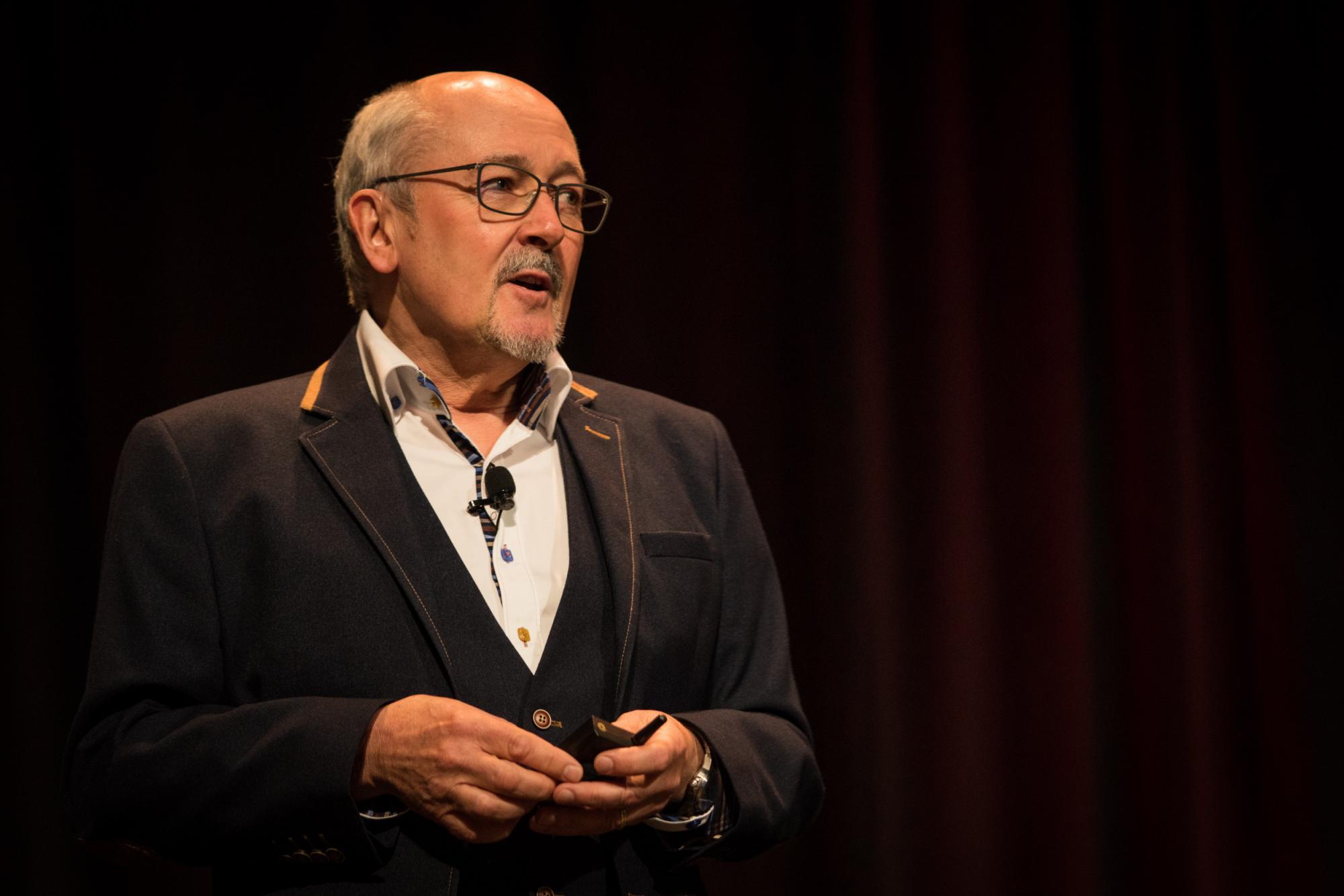 Stephen is rated as one of the top 3 lecturers at one of Europe’s top MBA Business Schools. He has a reputation of taking complex management concepts such as Project, Programme and Crisis Management and being able to distil them down, into highly informative and fun lectures - often using “storytelling” techniques. His attitude is “if you haven’t done it – you shouldn’t be teaching it!”

Unusually, for an academic, he has actually has spent most of his working life in real business and still runs his own, highly successful, Project Management Company (his client list now reads like the FTSE/Dow top 100!)

Stephen is an unusual blend of Academic, Businessman and Teller of Tales. He has taught in UK, US, Holland, Germany, France, Portugal, Singapore, Hong Kong Russia and Australia. He has appeared regularly on National Radio and TV and has even presented at the Royal Albert Hall! 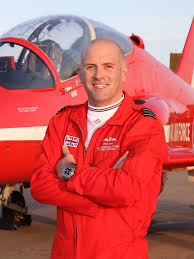 Mike achieved his childhood dream when he was selected to join the Red Arrows for the 2008 display season to fly as Red 3 before then being chosen as Red 7 in the prestigious Synchro Pair for 2009. In March 2010, while leading the Synchro Pair as Red 6, Mike survived a head-on mid-air training collision at a closing speed of over 750 mph. A low-level ejection caused major injuries resulting in surgery and months of rehabilitation before Mike could get back in the air.

Mike left the Red Arrows after his three-year tour of duty came to an end but was posted back as Red 10, the Supervisor, in 2011. In this role he was responsible for the supervision and safe execution of Red Arrows training and displays, whilst also being the ‘voice of the Red Arrows’ as the team’s commentator and became a familiar face across the air display scene. In 2012 Mike flew as Red 9 in flypasts for major events including the London 2012 Olympics Opening Ceremony and Her Majesty The Queen’s Diamond Jubilee.

Following six consecutive years as the team’s supervisor and commentator, Mike moved on at the end of 2017 to be the Air Safety Manager for the Central Flying School at RAF Cranwell. A tragic accident for the Red Arrows in Spring 2018 meant that Mike was recalled to the team at short notice to fly as Red 3 for the 2018 display season, ensuring the Red Arrows were able to fly a nine-ship display for the RAF’s 100th Anniversary year.

At the end of the season, Mike hung up his red suit after a record 10 display seasons. In that time he flew 2585 sorties in Red Arrows aircraft, played a part in 700 public displays and flew a red Hawk jet into 46 different countries; as far west as New York and as far east as China. 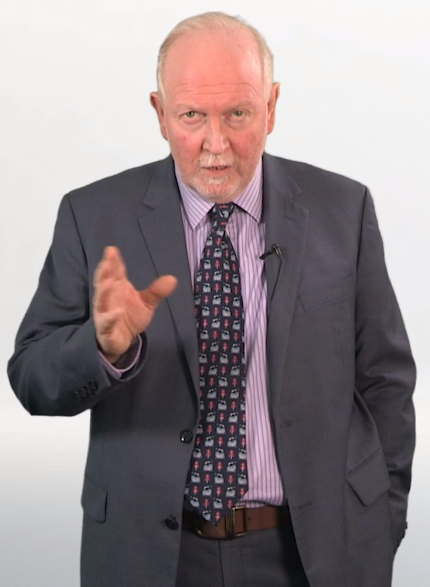 An extremely experienced strategic leader, mentor and developer of other leaders. Nigel has served as CEO or Chair of several organizations in a range of sectors, including 10 years at the helm of The National Centre for Strategic Leadership. He has designed and delivered leadership, management and business programmes for more than 3,000 leaders across more than 500 organizations of all sizes and in just about every sector. He has been a conference keynote speaker on leadership, behaviour and engagement topics for more than 25 years and a regular writer of published articles in a variety of magazines and e-newsletters.

He is a founder member of the ‘guru group’ of the Government Task Force for Engagement and sits on the steering group for that movement. He is subject matter expert on leadership and engagement for the Chartered Management Institute, writes a regular column in the professional journal for the International Institute of Risk and Safety Management (IIRSM) and has a leadership blog that has attracted more than a million readers.

He is regularly filmed and recorded while delivering tutorial and topic-based masterclasses for leaders undertaking professional qualifications at graduate, post-graduate and doctoral levels. The cohort of such candidates is very diverse and often includes senior leaders, new and emerging leaders and CEOs. In addition to all this, he is a blues guitarist and singer of some renown and can often be seen performing at festivals and events or doing session work on the albums of other artists. 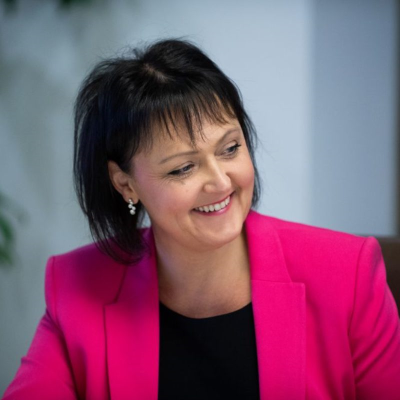 Carolyn is an Organisational Psychologist with significant experience in the Health, Safety and Wellbeing Culture Development field. Carolyn has successfully run her own business for over 20 years, including some time living and working in Australia. She recently spent 2 years at HSE working closely with the Work-Related Stress policy team. Carolyn has a proven international track record in numerous industry sectors including construction, oil and gas, food, utilities, packaging and retail.

Carolyn co-authored a book about Employee Assistance Programmes with Professor Sir Cary Cooper and is an experienced conference speaker with a number of papers and publications to her name. Carolyn is highly skilled and practised in benchmarking and designing organisational Wellbeing and Safety Culture interventions that enhance employee engagement and business performance. Her aim is always to help to create sustainable change within organisations, enabling them to continuously improve their Health, Safety and Wellbeing culture. 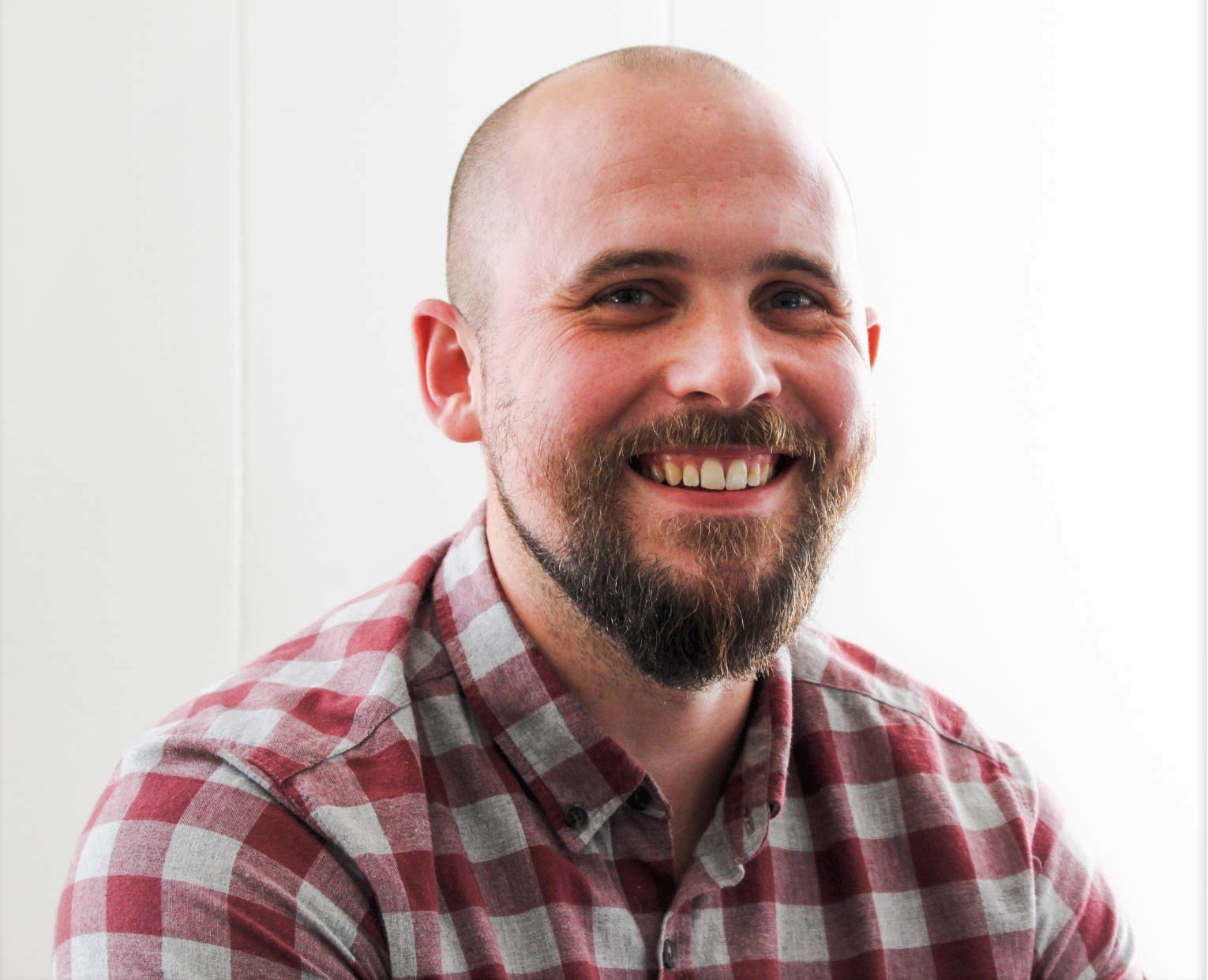 Luke began his career in risk in 2004 within the security risk management area, before joining the Police service in 2006. Holding various posts including investigatory roles and emergency response positions, Luke’s achievements in the Police service included a Chief Constables Commendation and a Bravery Award from the Protection of Life from Fire.

Luke left the Police service in 2013 to move back into the world of corporate security risk management, forming his own consultancy firm. Since then Luke has broadened is skills and experience in risk management and organisational resilience. Luke is now the Head of Operational Risk and Resilience for Unite Students, responsible for the implementation and management of the organisation’s risk management framework and resilience systems, including business continuity and crisis management.

Steph trained as an Environmental Health Practitioner and worked for Local Government before moving into the Private sector. Steph worked for Hilton Worldwide for six years as Area Safety & Security Manager and covered London properties including London Hilton on Park Lane. In 2014 Steph moved to Unite Students as Regional H&S Manager for London and worked her way up to Head of Health and Safety in 2018.

Steph now manages a team of eight H&S Managers and Advisors and is responsible for the Health, Safety, Security and Wellbeing of 1200 employees and approx. 50,000 students across 126 student accommodation properties.

Barnett Waddingham are a leading independent UK professional services consultancy across risk, pensions, investment and insurance. Our independence ensures we are free to do the right thing by all our clients at all times.

Our award winning Risk Advisory and Analytics team harness the skills of multi-disciplined, cross-sector experienced actuaries and consultants including certified enterprise risk actuaries, risk governance practitioners, quality and assurance professionals and software engineers.  Whether it is our inclusive approach which brings cognitive diversity to risk identification, or our utilisation of artificial intelligence (AI) in the boardroom for optimising decision making, we stand out and help organisations make better informed decisions on risk that lead to better business outcomes.

Outside of this we help HR decision makers focus on a wider approach to benefits advice, helping with employers to set wellbeing strategies to include pensions, wider workplace savings, risk, wellbeing and lifestyle benefits.

We act for a wide range of clients, both large and small, in the private and public sectors including over 15% of FTSE 350 companies.

Cardinus is proud to partner with IIRSM, helping them to deliver risk management expertise to thousands of their members. Cardinus is a leading global health, safety and risk management specialist offering online and on-site solutions. Cardinus offer complete solutions for display screen equipment compliance, safety training and consultancy, property risk management, insurance surveys, personal security and all elements of fleet risk management. Thousands of organisations across the globe use our services to reduce work-related discomfort, minimise accidents and injury, increase employee productivity and comply with legislation.

Cardinus hopes to build closer ties to the IIRSM and its members through technical expertise and contributions to topical issues.

healthcare rm is passionate about preventing, managing and mitigating health risks for organisations and their employees, which can have a significant impact on any business of any size.

Avetta connect people and companies. Through our contractor management services and prequalification services, we’ve built up an extensive network of pre-vetted supply chain partners to match to your needs. 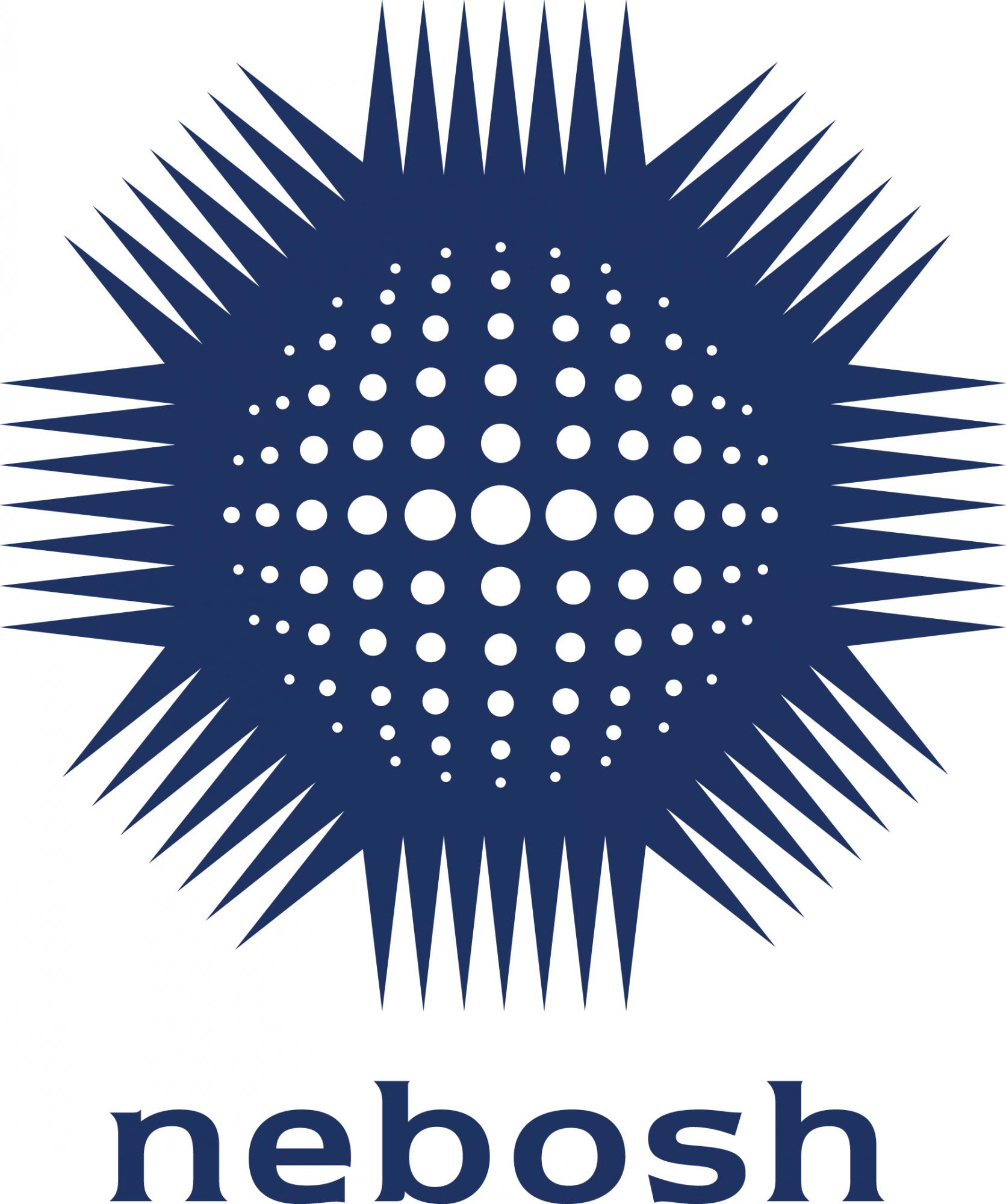 More than half a million people from around the world have studied for a NEBOSH qualification and the NEBOSH International and National General Certificates are held by nearly 300,000 people. Tens of thousands join their number every year, studying with our network of around 600 Learning Partners in over 132 countries.

Delegates booked for the conference scheduled for 26 March 2020 have been kept updated with date and format changes via email.

Delegates will automatically be transferred to the virtual conference if they do not confirm their preference before it takes place.

If you have not received an email from the organiser and wish to confirm your preference, please email Clare Fleming.