Home » The complexities of construction

The complexities of construction 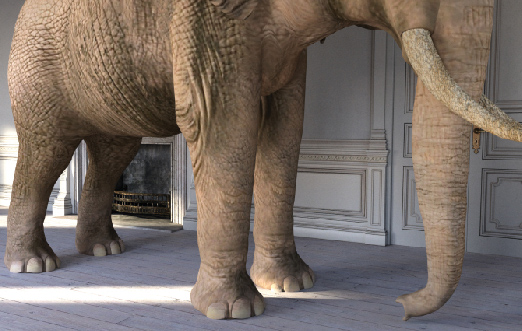 For lawyer Rudi Klein, the elephant in the room in the construction industry has long been risk.

"We invest billions and billions in trying to avoid risk management. Risk is at the heart of all that the industry does, but people aren’t doing what is required to manage it, because the industry is fragmented to the nth degree.”

Klein has 35 years’ experience to support his assertion, but if he’d had his way at the start of his career, he might have taken a very different path.

“Law wasn’t my own choice,” he admits, “because I always preferred history: I wanted to teach. But when I was younger, people listened to what their fathers said, and my father said law, so that’s what I did.

“At the time, I didn’t find it interesting; I didn’t like it; and I didn’t enjoy it. It was only when I started teaching law that I realised I did enjoy it. It was a real eye-opener. Law really does exercise your brain, because you’re applying your legal knowledge to novel situations. That realisation came about through working with students on legal concepts.”

Specialising in construction law was again not an entirely free choice. Klein qualified as a barrister and was practising employment law when one day, while he was doing some teaching, a quantity surveyor approached him about a construction dispute that was going to arbitration and asked if the solicitors could instruct him.

“I told him that I’d never done construction law, but for some reason he was quite keen to appoint me, so I did it. I had to learn a whole new language, and become acquainted with the arcane processes and procedures of construction. The case was a dispute between a subcontractor, whom I was representing, and a contractor. It was a steep learning curve, and a long case, but we won an interim arbitration on jurisdiction and the case ultimately ended in an agreement.

“What the case did was spark my interest in construction: with construction, there’s a great deal of complexity because of contracts.”

Looking back to when he first began practising construction law, the problem was that risk barely got a mention in contracts, he explains.

“In traditional construction contracts, risk wasn’t highlighted; it was a hidden factor. When you read a construction contract, risk didn’t enter the mind because it was concealed in the language of the contract. Take ‘indemnities’, for example: it’s a risk-laden term, but what the clause actually says you’re required to do is indemnify other parties for breaches, actions, defaults. The obligation is on you, in the supply chain, to co-ordinate, but how can you do that if you have no authority? If you have back-to-back provisions, the subcontractors effectively take all of the risk of the main contractor.

“But then in 1993, there was a revolution: when the first NEC contract [known then as the New Engineering Contract] was published, it put the focus on risk; for example, with early warning systems of problems on the horizon. That was a major departure in the UK.”

Over the years, Klein has seen the mindset change from a lack of acknowledgement of risk to a culture of ‘risk transfer’, and he believes the industry is in urgent need of reform.

“The added value in construction is now secured by transferring risk. Carillion was an outsourcer, like many large companies are. The UK has become the outsourcing capital of global construction. It’s a model that’s driving lots of activity, and it depends on the ability to transfer risk. As you can’t take on too much risk, the model has been under pressure.”

Years ago, Klein suggests, there wasn’t as much risk as there is today, and tier 1 contractors were better capitalised, so the emphasis wasn’t on risk transfer. “But today, with tier 1 and 2 contractors, the emphasis is on subcontracting and outsourcing, much of which is driven by the need to offload risk. And at the same time, insurance premiums are going up and up.”

Klein is certain that the risk-transfer model he describes isn’t sustainable, and that change will happen. Prime among the changes he would like to see is the establishment of an authority – such as an ‘Office for Construction’ – to act as a regulator for the industry. The body would “promote best practice, and improve the procurement and delivery process, so that risk is fairly managed and allocated,” he suggests. “We need such a body to make improvements in the industry – one that is set up by statute and properly resourced. Improvements aren’t going to happen ad hoc: we’re too settled in our ways.”

“To properly address risk, we need to involve the supply chain at the outset”

Digitalising the tools the industry uses is another route to improvement. Klein believes AI and machine learning both have a future role in helping the industry better manage risk, and that such technology deserves investment.

Klein cites pilots of a system called insurance-backed alliancing where the whole idea is to manage risk properly at the outset. Insurers are involved from the beginning, and all the parties get together to discuss the risks. The insurer appoints a technical assessor to determine how robust the risk management process has been in terms of technical risk, financial risk, and so on, and they provide an analysis for the insurer of how robust the cost plan is.

Klein is convinced that while it may be difficult for companies to leave their comfort zone – especially the big players, who have little room for manoeuvre – the business model has to change. Otherwise, he predicts, what is on the horizon is an Amazon-style competitor.

“You’ll be able to say, I want this structure, these dimensions, and so on – and this Amazon-like existential competition will deliver what you’ve asked for,” he says.

The choice, as Klein sees it, is to do nothing and wait for the arrival of this competitor, or change the industry from within. Another problem with the status quo is waste. A typical project might have 50-70 subcontractors at tier 2 level, along with sub- sub- subcontractors and a fragmented delivery process. “All of those parties are putting in contingency for risk – making us one of the most expensive constructors in Europe, if not the most expensive.”

But, sounding a cautiously positive note for the future, Klein says he places his hope in two things: the development of models such as insurance-backed alliancing – to introduce a properly robust risk-management process; and the government “getting the message that to make improvements, the industry needs a properly resourced statutory authority”.

The problem with the current system, he says – demonstrated by the collapse of Carillion – is simple: who owns the risk?